A few months back, I was looking at successful games to help me attract a large fanbase: graveyard keeper, stardew valley, and animal crossing. These were also my inspiration to help shape harvest island into a great game. It was an extensive study. Bought the games and broke down how these games were fun. I even applied some of the concepts into my own game!

But the studies I have did were, “how to create a great game” and not, “how to market your game.” 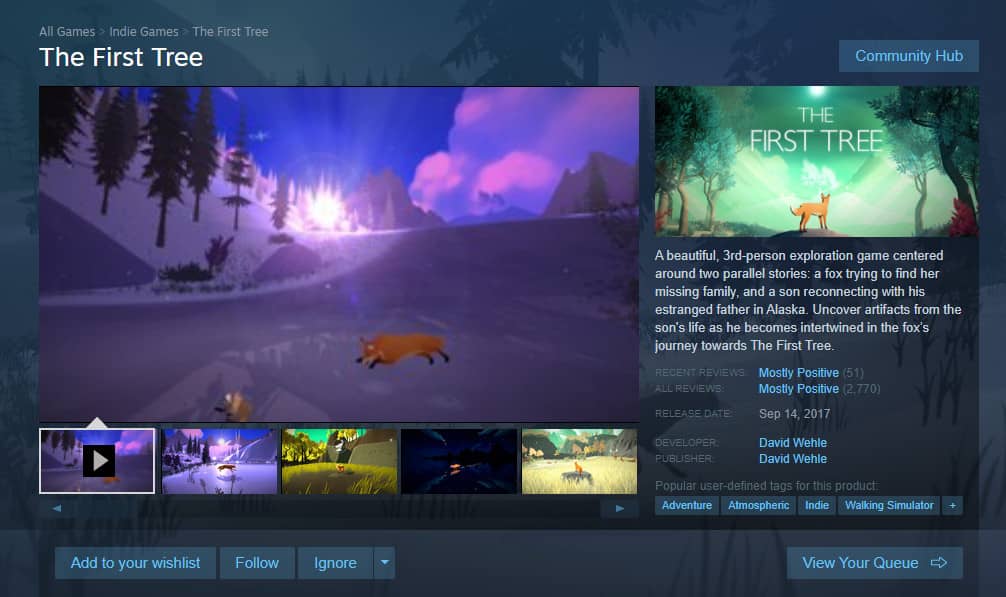 There are two games that caught my attention as an indie developer. One is, “The First Tree” and the other is, “Pinstripe.” These two games have done well commercially and they started where I was at. With nothing but time and a very small budget. I’ll start with the first tree and what he did to become a successful indie developer with his marketing approach.

There’s a youtube video where the developer of, “The First Tree” gave out his presentation at GDC (Game Development Conference) and explained his approach to his indie game marketing. He explained where the traffic all were and this is important to me as it helps me build a fan base around Harvest Island.

There are two social medias that do highly well in the game community: Reddit and Twitter. Reddit being the number 1. There’s also the third. The organic traffic of the steam page which I’ll go in depth later. The developer explains what is a good reddit post. After 30 minutes of watching his presentation, I learned a lot from him. Make the posts personable and be a friend (which I am through Discord and very helpful too!) For example, “As a kid, I always dreamed of releasing a game on a Nintendo console…today it happened!” Vs “The First Tree launch trailer (Releasing on Steam September 14)” This tell me a lot about how Yobob Games should approach as a business towards gamers. Be very empathetic towards other people as a business. So, on my Twitter, I’m posting everyday, making the tweets fun, humorous, or my excitement as a game developer.

The developer of Pinstripe has several youtube video about his experiences of what it takes to make an indie game as well as marketing one. Two things to take note: gather an email list and making lots of friends that has connections.

Those two indie marketing tactics are vital to the success of an indie game and gathering a fan base.

On the release of the game, most indie developers do not plan this. They publish and then they promote their game. What I learned from the developer of Pinstripe is that you have to prepare this before hand months before your release date of your game. Getting hundreds of email of youtubers and twitch streamers before your launch day.

There’s also networking or making friends. Make tons of friends because you never know how much they want to help you on your project or how much they’ll promote your game because they’re fans!

Steam will probably contribute to 80% of my traffic and getting that fan base I want. There are a few ways to increase organic traffic to the steam page. The first most important step is creating a captivating image or logo design for your game. People won’t click on a game if the image looks like it’s been made haphazardly. Once that is done, the second step in increasing the steam wishlist. So that means a good front page with tons of gifs. And putting up a demo for players to try the game out.

All of this knowledge I found out was done by countless of indie developers who shared their experiences and either failed or became successful as an indie developer. Figuring this out took me my whole entire indie dev career. After 4 failed games, and 1 semi-successful publish, Harvest Island is taking on a new marketing approach.

Marketing for an indie game is extremely tough. You have to do everything yourself. Some tasks you have to do, you aren’t knowledgeable enough to make it effective but you try to do it. And that is why I’m writing this blog. My marketing skills are not that great but I am attempting to do this and I wanted to share the things I am doing in order to gather that big fan base I want. Because having a big fan base means the game would be successful and those fans can share their experiences to each other as well as talking to me directly!

So here’s what I’m doing from all the stuff I have learned and studied from the other indie developers. I’ve redone my steam page which shows better updated gifs of my game. Changed the logo design so that it’ll attract players. (Still working on this and will let you know how it turns out!)

I’ve also added another steam page specifically for a demo page where players can review the game and engage in the steam forum page to express their concerns or give me feedback!

Everyday, I’m tweeting something new on my twitter page. I made the tweet fun and engaging for people to interact with. I just started this a week ago and it’s not picking up that quickly but I’m gaining maybe 1-2 followers a week. Which is something! Unlike before, I was getting 1-2 followers a month!

I’m creating an itch page where harvest island can be downloaded. This will attract more players and help the steam page grow.

I will be redoing my discord where it’s a place for gamers to connect with the developer more, meaning, I will give out beta keys for the early demo release before it’s even published so that way the lucky few will have a chance to play and to help it’s development grow. Once that cycle is finished, it’ll be opened up to the players who want to give an input when the demo is released. So be sure to join discord!

Aside from what I am currently doing now for my game marketing, I just got another publishing offer from overseas in china. I’m very hesitant in joining up with them as I have a bad stigma of publishers since my last publisher was looking for a quick buck and wasn’t really trying to help out. Too many bad deals from that guy. I’ll think about working with him. It’s all very dependent on how well my marketing effort goes.

And also big news. There’s going to be a demo very soon. Probably in 2-3 weeks! I’ve finished programming the demo version and all I have to do is wait on the art. Oh and there’s going to be a new trailer for harvest island! Hopefully you’ll see it within a week!

PrevPreviousGod Statues In Harvest Island
NextHarvest Island Demo & The Behind The Scenes TrailerNext
Be Yobob's FanDon’t miss a thing. Sign up to receive news and updates on future games!
Yobob Games © 2021